There hasn’t been any updates for while.  And that’s right, it’s because nothing much has been done to the car.

I have really only done a couple of things in the last few months, since buying the car.

The first thing is I replaced the dated rear lights with the newer facelift ones.  They surely made the car look “smarter” and more up to date, and most importantly it looks more in line with the original RS4. 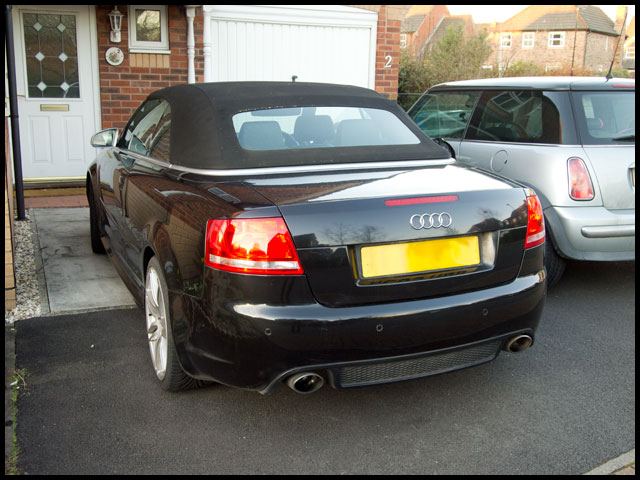 They were actually a lot cheaper, and easier to fit than I thought (for a car like this).  Well they aren’t always that cheap, but I got a good deal on eBay.  And the reason they are easy to fit is probably because I splashed out and bought the Kufatech adapter cables, which is not cheap by any means.  In fact I would even say they are a rip off, if they didn’t have a monopoly in adapters like this.  So give and take really.

Another useful mod I did was an original Audi Bluetooth module to go with the Audi RNS-E sat nav head unit.  It wasn’t that hard to fit as it was all factory cabling anyway.  And I really like it – it integrates well, the call quality is great and the connection is very pleasingly reliable. 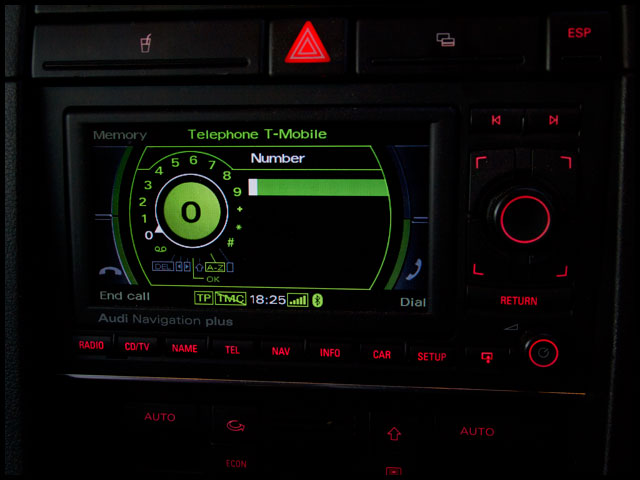 There are bad points to everything of course.  The main thing being… it is old.  It doesn’t support A2DP music streaming from mobile phones / portable music players, and it doesn’t support Bluetooth 2.1.  Obviously for just calling and receiving calls it works great.  It’s just that it had so much potential…

I actually bought a few other bits and bobs to fit onto the car, but I am not entirely sure now.  I’ve kind of lost interest in this car, so I might just sell it, buy another one, and move on… And it probably will be one that is “simpler”.