Some exciting stuff in these two months (for me). Something I should have done a long time ago… I have no idea why I waited so long.

The first thing is a chromatic auto-dimming rear view mirror. It might sound trivial at first but it is actually brilliant! What this thing is, it basically has two light sensors – one pointing at the front and one pointing at the back. The front one measures the ambient light level (more specifically the brightness of the sky). The rear one monitors headlight beams of the cars behind. So when the rear (light beam) one is brighter than the front (ambient) one, the mirror dims so that the Beemer behind doesn’t blind you! One clear little device, eh? I am now so used to having this luxury, I feel really uncomfortable driving the missus’ car (which hasn’t got one of these). 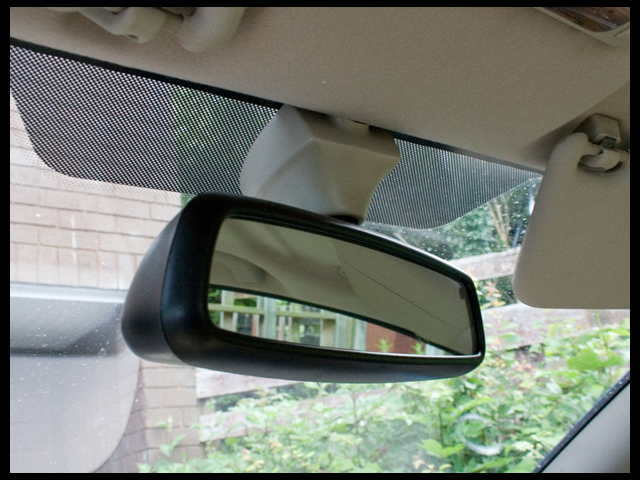 I paid slightly over the odds as the one I bought has a beige cap to match the interior colour. As for fitting, it is a piece of cake – the physical fitment of this Omega mirror is exactly the same as on an Astra. The wiring was easy too as it just needs to wire up to the interior light.

After having been sitting in my garage for so long, my set of Astra VXR front brakes has finally been fitted! Nice bit of 322mm stopping power with blue calipers. 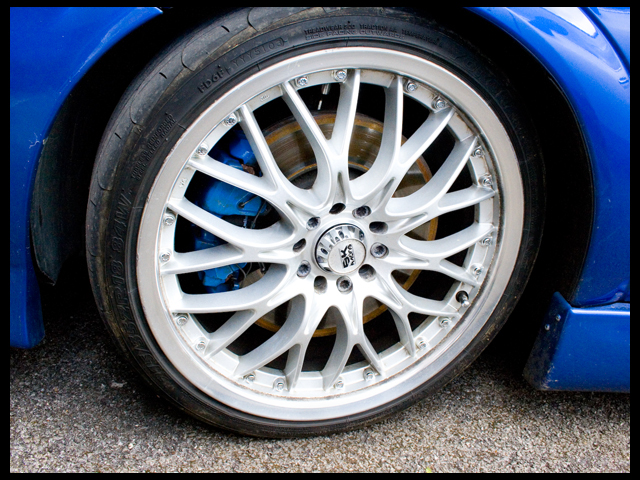 The performance of it unfortunately isn’t that much better than the original 308mm setup. Sure it brakes quicker and smoother, but I was expecting more. A good thing though is that these VXR pads have really low amount of dusts, which cured one of my headaches that is wheel cleaning. I would say these have even fewer dusts than EBC Green pads.

And then MPG also put an EDS Phase 3 map on my car. The car drives much better now. No, I mean, OH MY GOD it is rapid!!! Damn it didn’t know my car could do this! If I was a lunatic I could spin my wheels in first second AND third gear! I love it. My estimate is 270bhp-ish. Will put it on a rolling road as soon as possible to get the actual power figure.

More things planned for the near future. Watch this space…