First of all, before painting I found that my air compressor has died having not been used for a few years 🙁 So all painting was done using Halfords spray cans. There shouldn’t be a difference in quality, but the cost will go up quite a bit…

There are really only two colours used here – black and white.

The black I picked satin black instead of matt black to give it a little bit of sheen and make it more plasticky.

The white is Ford Diamond White – I always liked this colour and it’s pretty close to pure white. For the white parts I also used a few layers of clear lacquer for protection. Afterwards I polished it (originally using G3 Cutting Compound, but it ran out halfway so I switched to Meguiar’s #80) to a good sheen rather than a car body like shine with a random orbital polisher, to make it seem plastic.

This is the control panel part painted a assembled. 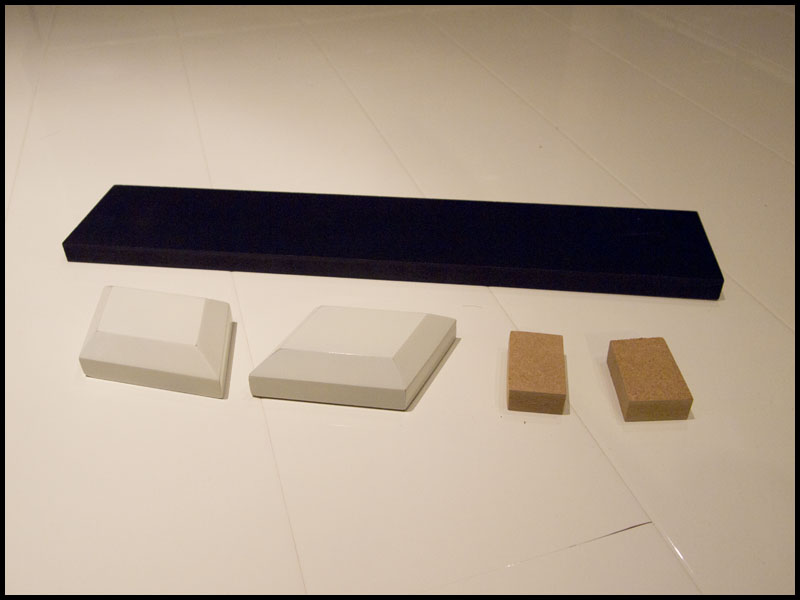 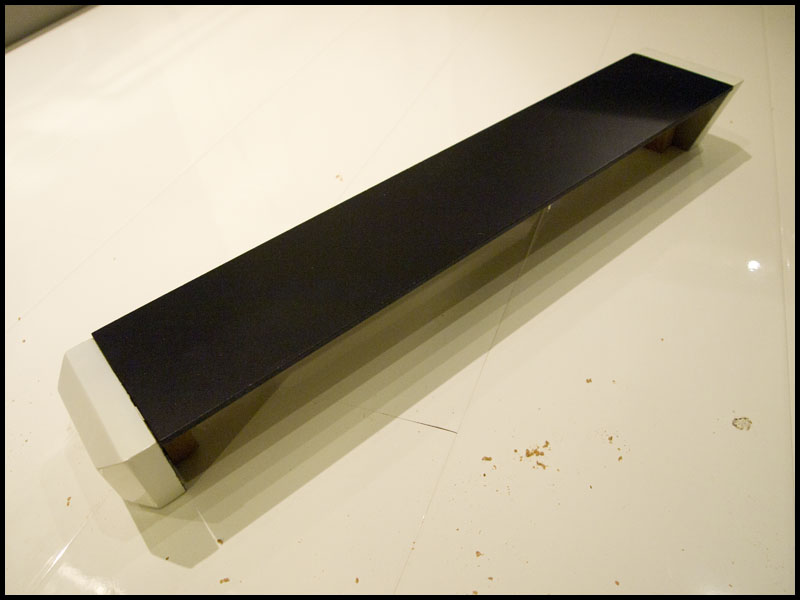 The rest of the base follows the same story. And this is the base with side trims assembled. So the base is pretty much complete now. Next up is to sort out the “legs” for it! 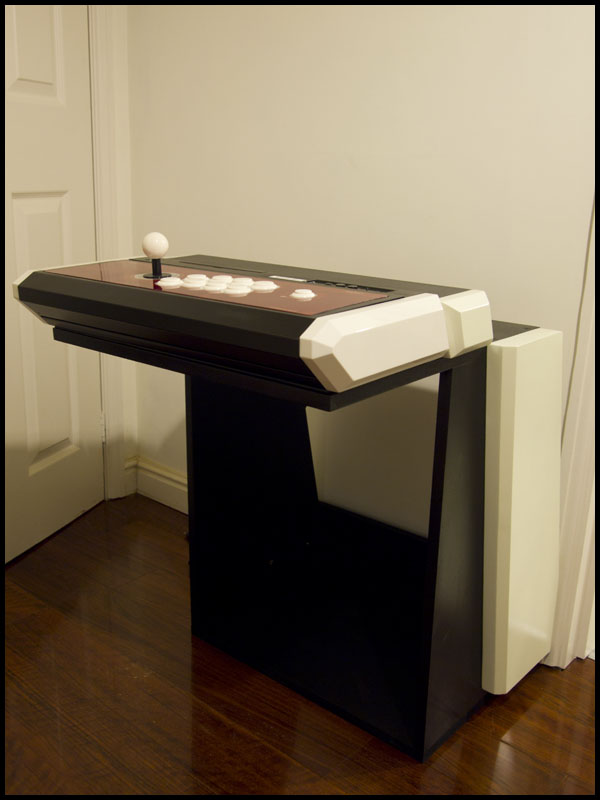