Like many other cheaper Ford cars, there is only one tacky light in my boot, which looks very dull and most importantly, not bright enough for general usage. So I was going to fit one more light, but then I thought… as I am doing it anyway, why not change it to blue merely for the wow factor. And no, since I am doing it to my boot (with practicality) not the footwell or dash, it is not considered “Max Power youth” style. 😛 And totally legal too.

Most people would probably go for neons. But for people familiar with computer modding, it is generally accepted that cold cathode lights are better than neon lights because 1. less heat 2. less electricity 3. smaller size 4. not neccessary to pay the motor factor rip-off price. Seriously, most motor factors in the UK charge stupid prices, especially Halfords.

Anyway, I bought the “4inch Blue Dual Cold Cathode Kit” (code: DUALCATH4/BLUE) on eBuyer for a mere 2.42GBP ex VAT!!! Comparing to the motor factors that charge at least 12.00GBP for a single 4″ neon tube! The dual 12inch kit (code: DUALCATH/BL) was also considered, as the 12inch kit is better value for money at 2.97GBP ex VAT, but I was worried about the lack of space. 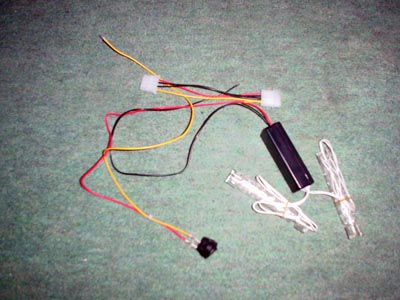 This is what I got. The kit consists of:
1. Two cold cathode tubes
2. Inverter (these lights use AC current)
3. Switch
4. Molex connectors 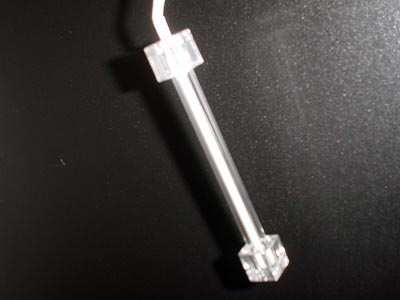 Comparing to neon tubes, cold cathode tubes are quite fragile. A plastic (probably acrylic) tube was there to protect the tube, but care still needs to be taken.

To connect the cold cathode tubes to the car, I chopped off the molex connectors, and used two crimp bullet connectors, one for 12v (yellow) and one for earth (black). The kit was apparently tested using my PC before commencing modding 😀 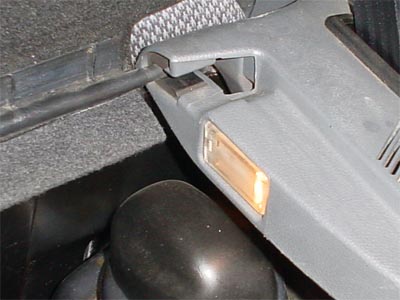 This boot light is going to be redundant. So I removed fuse before doing anything, then twisted the bulb out and chopped wire and used two female crimp bullet connectors for the 12v live and the earth. Then, yes, just connect the bullet connectors, use the supplied sticky pads to stick the tubes to somewhere hidden, and cable tie everything making sure nothing moves when I am driving, stopping, going around corners, etc. 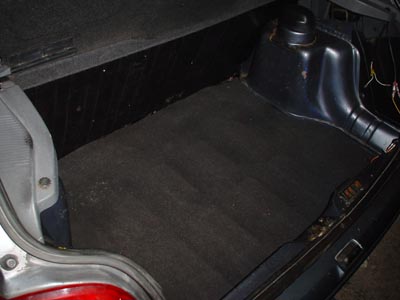 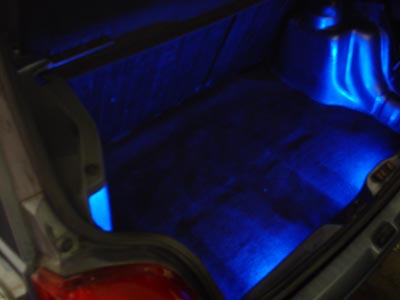 Voila!! There you go.

An added bonus is that, because there is a switch, I can turn it off when I open the boot but do not really need the light. 😛