This project is not dead. I’m still working on it.

This below is what I was going to put on it to experiment. It’s a full EK kit with a EK Supremacy EVO block, PE 240 radiator, and a D5 pump with res. 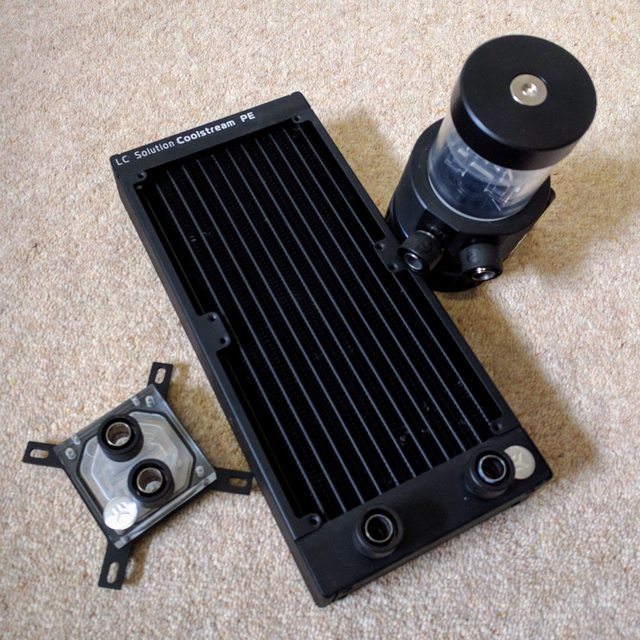 Unfortunately I couldn’t get the water block to fit 🙁 The base of the block is just too fat for the components on the PCB.

This is what I tried next – the previously used Alphacool Eisberg pump/block with a Magicool 92mm copper radiator, with the same Noctua NF-A9 fan from before for consistency. 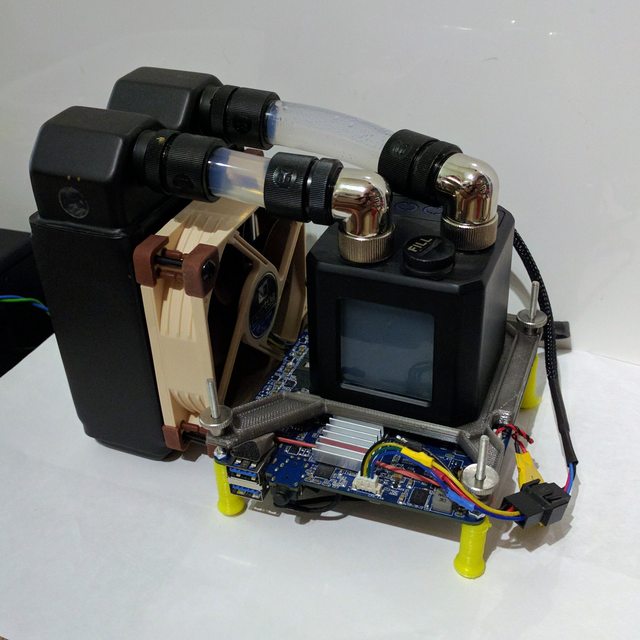 I believe I bought the very last Magicool 92mm radiator in the UK! And the reason I bought it is that it’s a whole lot cheaper than (less than half) the similar-sized Alphacool and Black Ice Nemesis. The construction quality is pretty nice too.

The pump/block unit is now held down with a bracket I designed in Fusion 360 and printed out in PETG. I went through numerous iterations to get the fitment and strength right. The pic above is one of the earlier iteration, and the pic below is the final version. 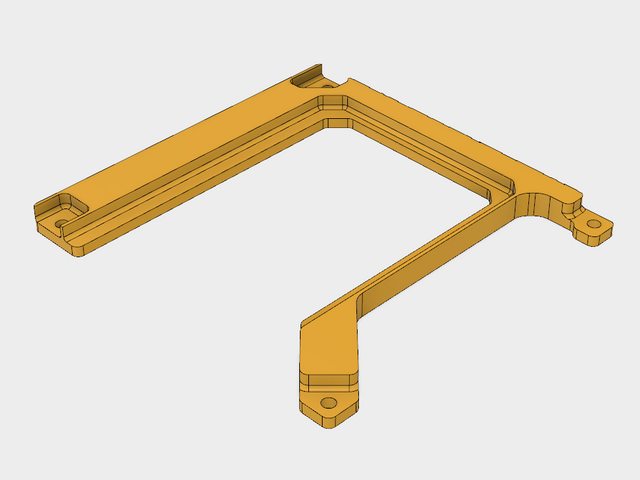 I used some scrap 3D printed plastic as “legs” for now.

Experiment #7 – Alphacool Eisberg + Magicool 92mm Radiator + NF-A9. Result – ~38C. Pretty much as expected. About the same as but slightly better than the Asetek 545LC.

So this cooling solution is what I’ve settled with and next I’m going to attempt to build a case for it by 3D printing.