The next step is the “base”.

The design again is done in Fusion 360. The four main long screws that goes through the skeleton are used to secure to the base. 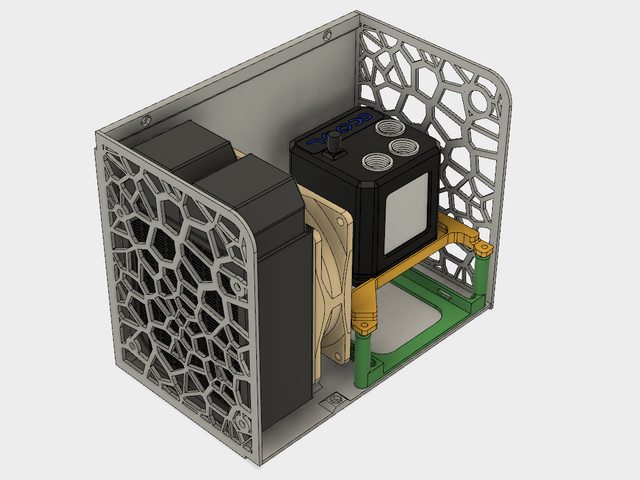 The design itself is rather simple. Definitely more function than form. Mainly because my creativity isn’t with me right now.

The pattern on the left/right sides is called a “Voronoi Diagram”. I decided to use this pattern because it looks interesting and is different to the usual round or honeycomb holes that you see all the time. 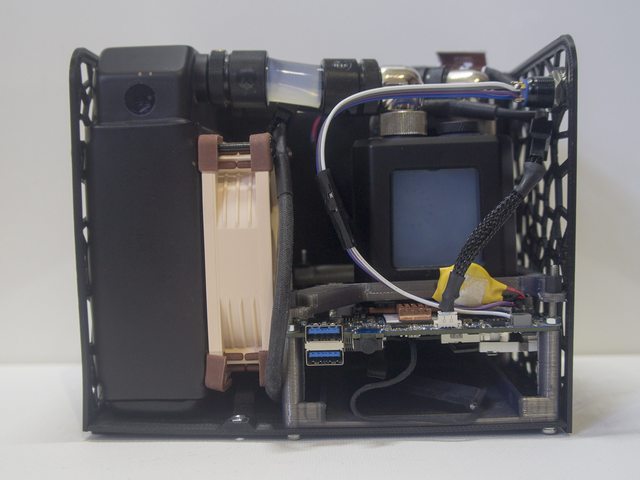 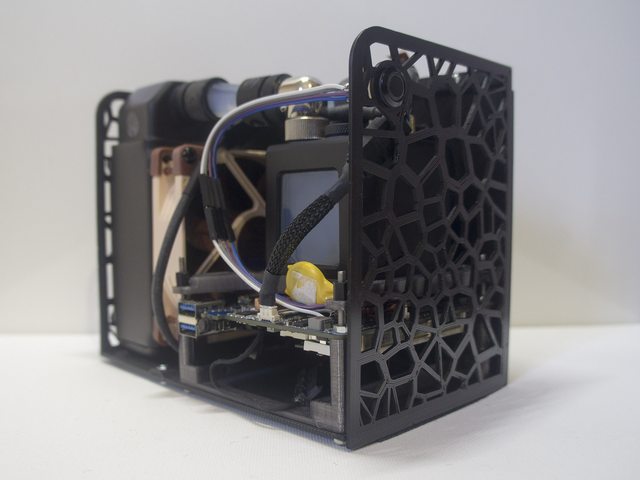 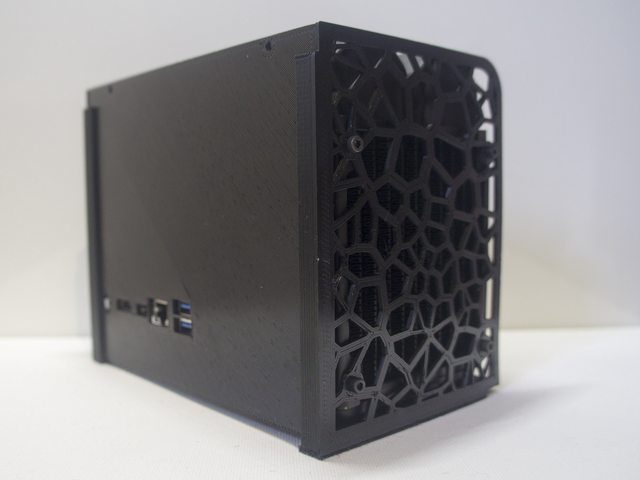 It now finally resembles a case.

It can also be used as is, and I have actually started using this computer now after nearly a year of buying the NUC!

The next step is the front cover.

However it is not without problems!!! Firstly the BIOS fan control has a mind of its own and does not work properly, and SpeedFan can’t control this particular board, so the fan has to be ran at full speed right now… Secondly the board is quite hot to touch, even though the CPU and the chipset are both sub 40C, so I’m guessing it’s from the VRM whose input is 19V. And lastly the NUC shut itself down once while I was using it, like the power cut out… I don’t know what it means and I hope it’s just a one off…