One thing I found is that the printed bracket to hold heatsink down is a bit inconsistent. To solve this issue, I had the bracket laser cut in mild steel. It’s then spray painted with grey primer and matt black for protection. The nuts to hold it down is now Nyloc so they won’t lose tension unexpectedly. 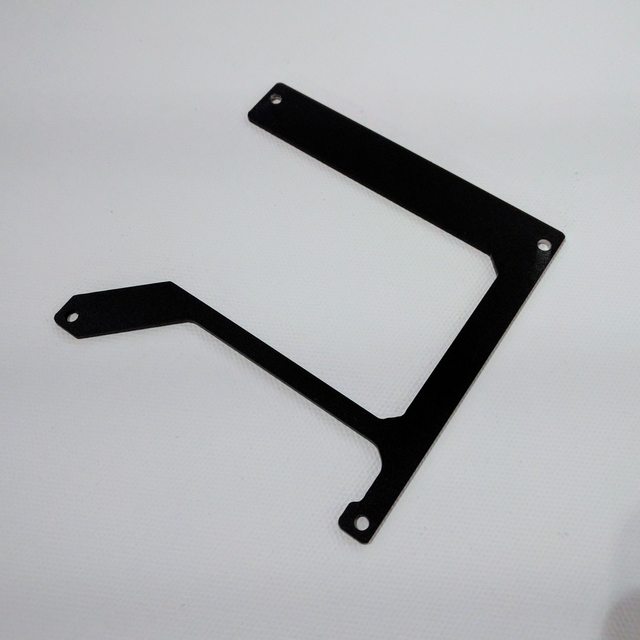 At the same time I also opened everything up to clean & flush all the bits because there was some plasticiser in the old tubing. The chrome elbows were replaced with black ones – just look a bit better really. The soldering on the LED & power switch was also reworked to make them stronger. 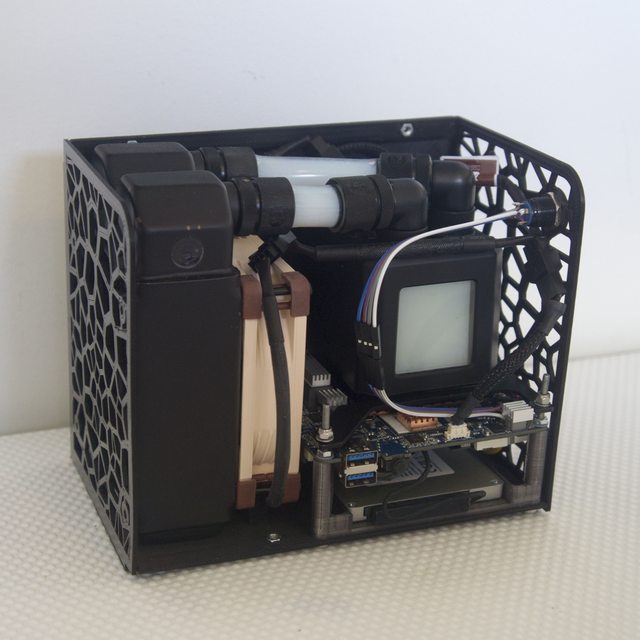 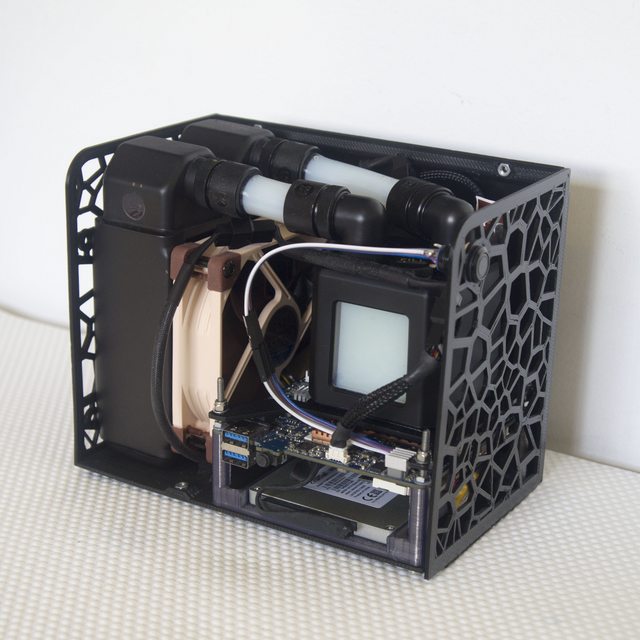 As for the cover, I was given the idea of using a transparent vinyl film over it so it stays nice and flat 🙂 Which is just what I did, with a matt texture one to avoid the glossy look! 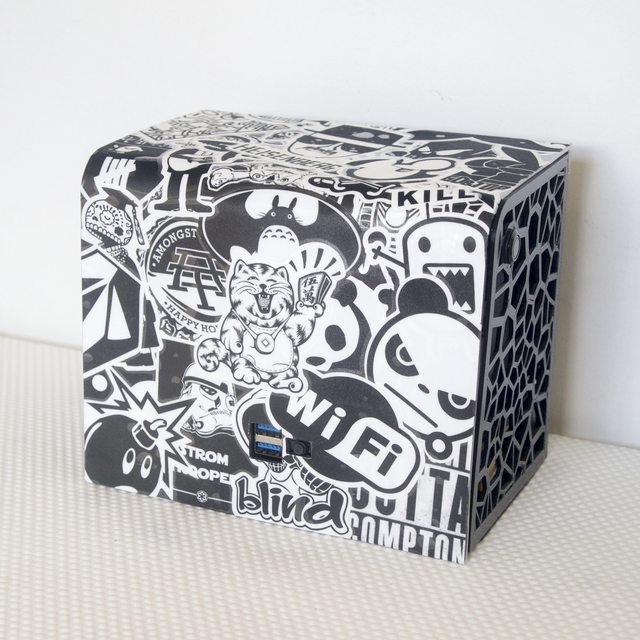 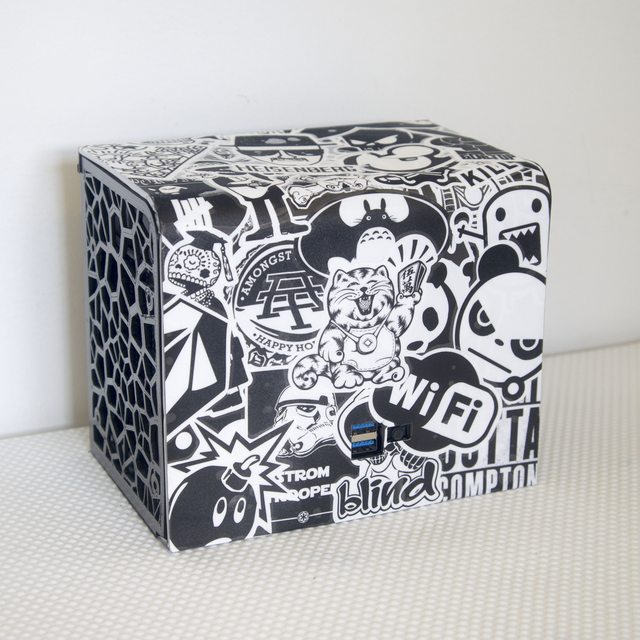 There’s some air bubbles in the pictures but I have since had most of them flattened.

I think that’s pretty much it for this project now. Because unfortunately something unexpected happened (loss of my supplemental job!) and I don’t really have a use for this machine any more 🙁 So it’ll probably just sit in a corner as a spare in case of my main PC goes down.