I think it is about time I post some pics of the evolution (or lack of) of my car since I bought it from Tom (on FEOC-UK) in 2004. 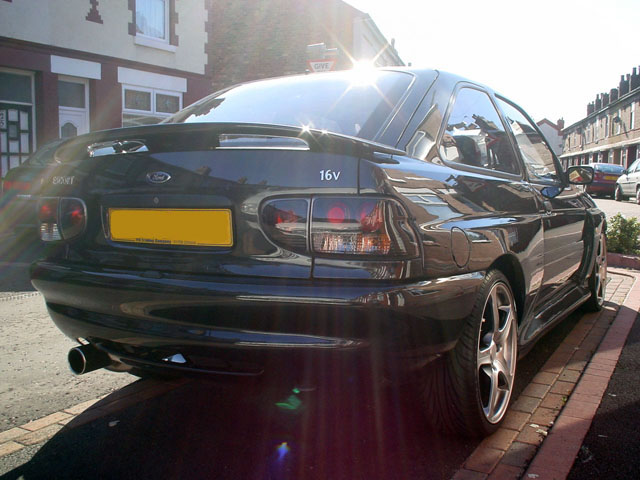 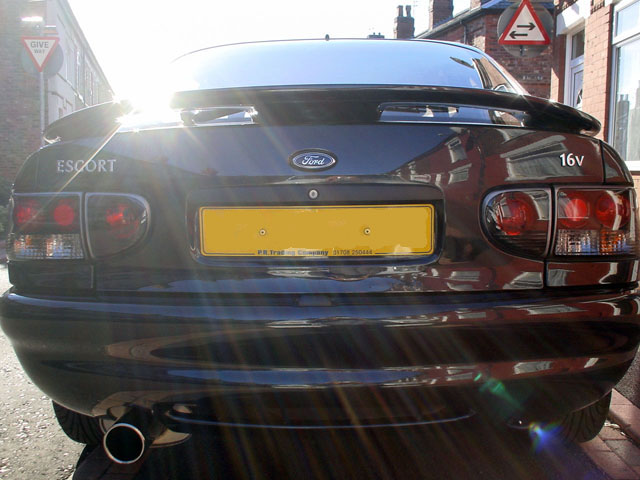 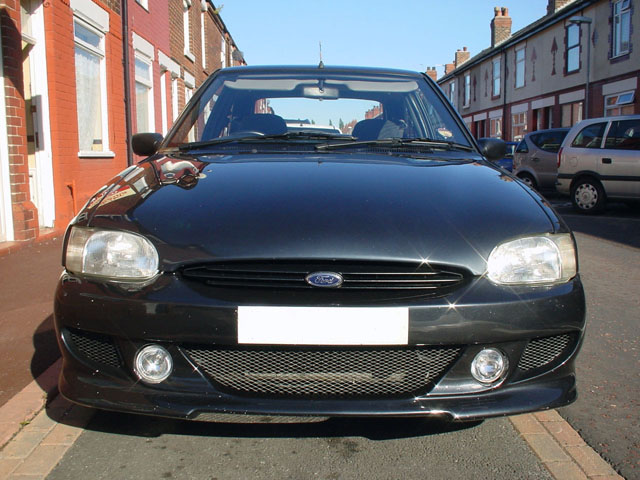 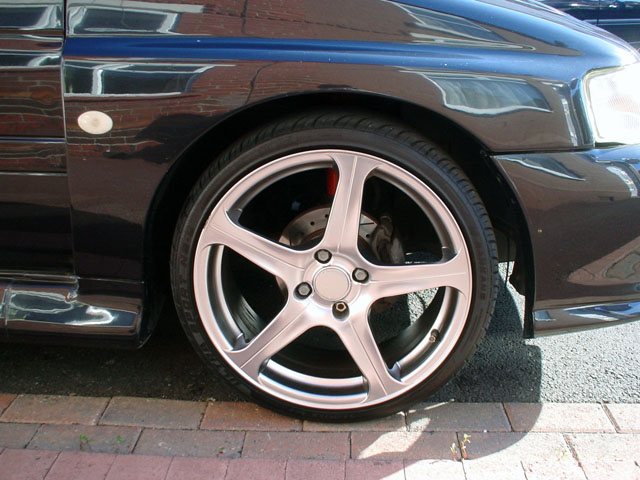 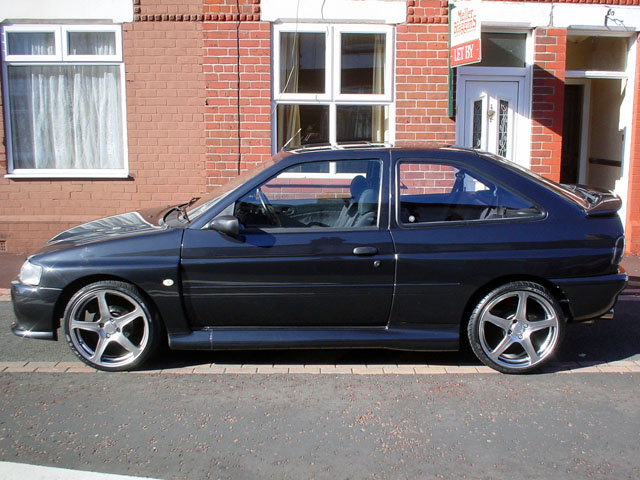 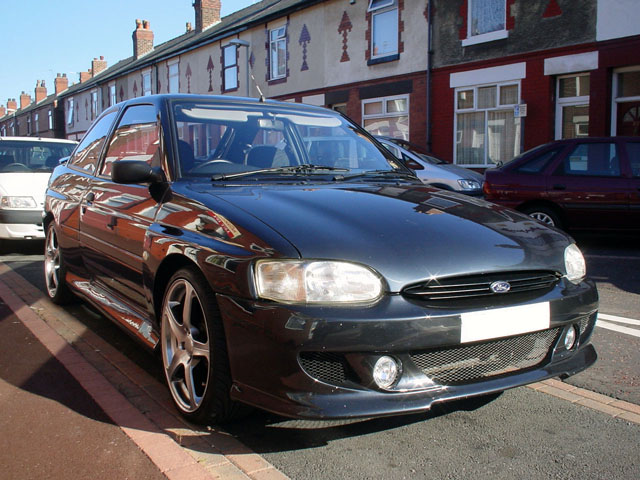 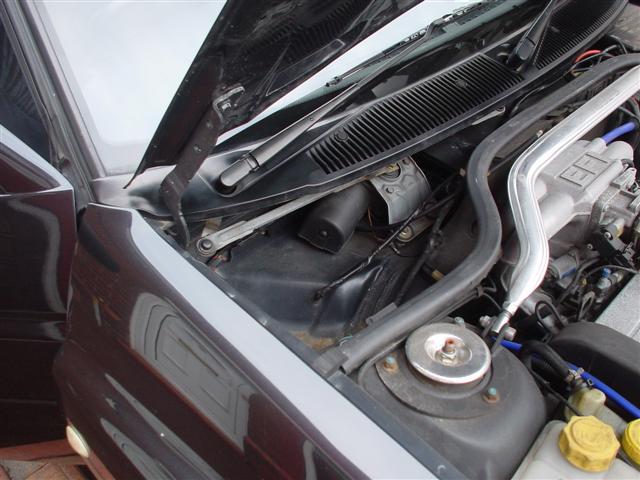 The car was bought from Tom in July 2004. As you can see its quite a good base car for a project 🙂 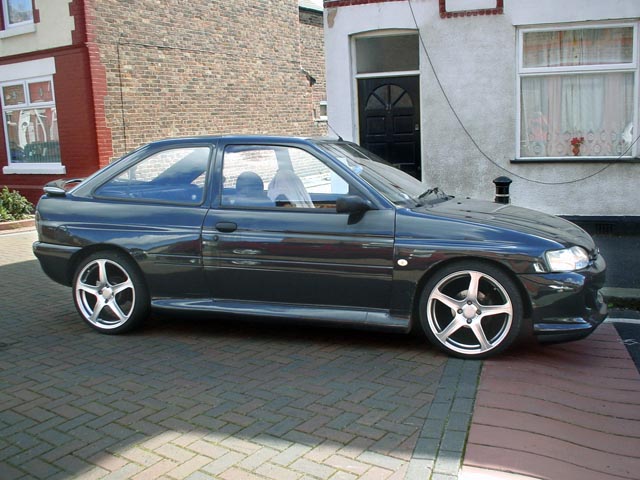 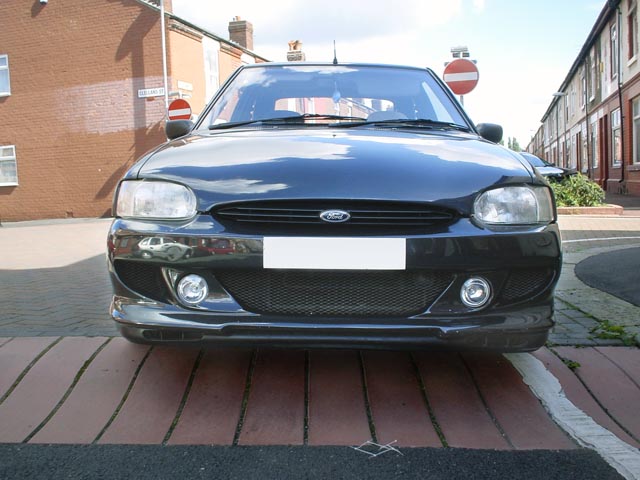 The front wasn’t low enough (for the cossie skirts) before the Laguna splitter. But now they sit level 😀 Big improvement that! 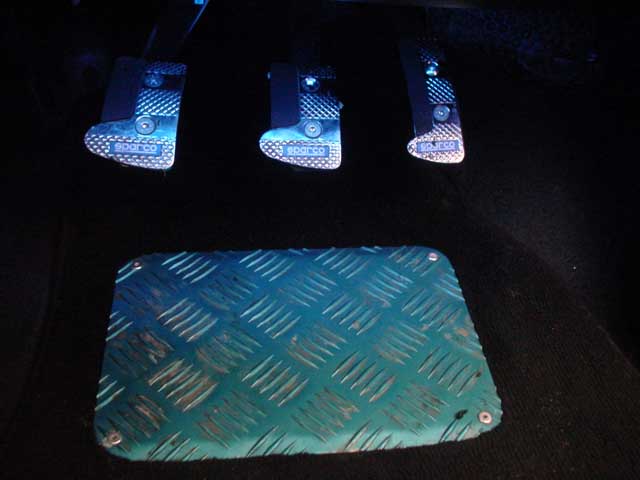 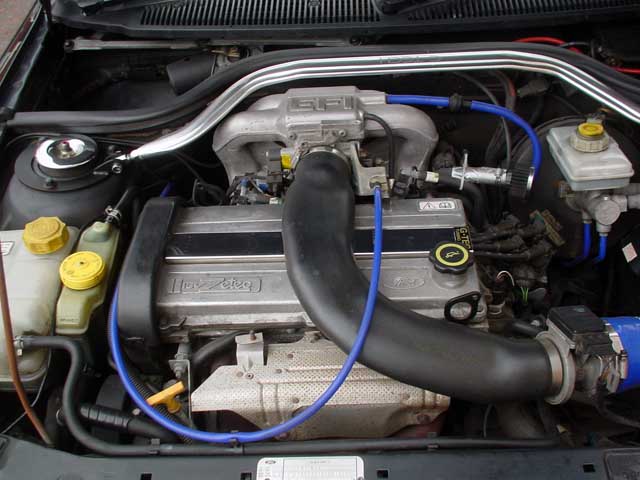 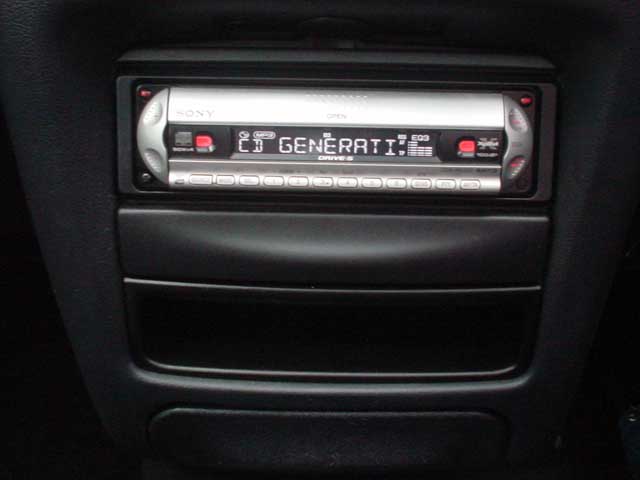 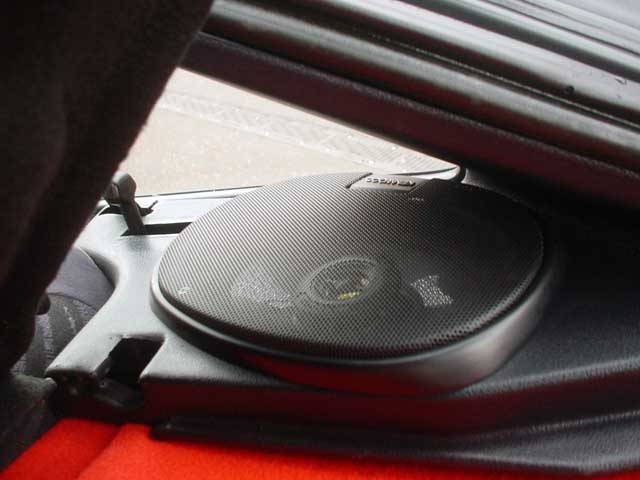 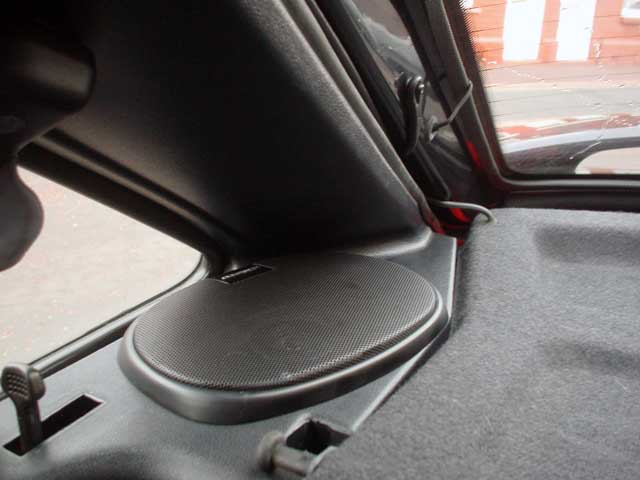 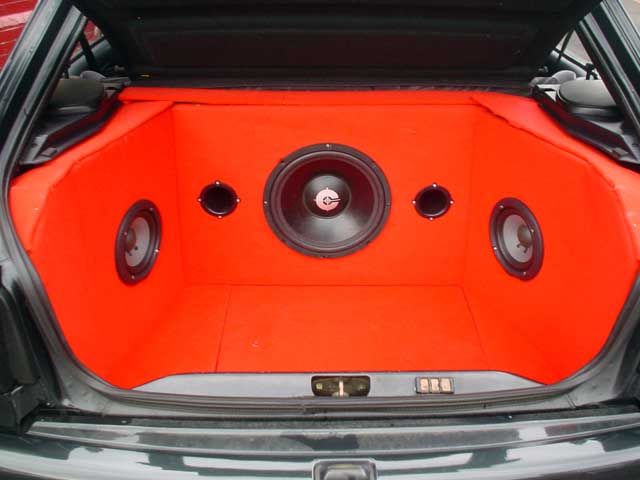 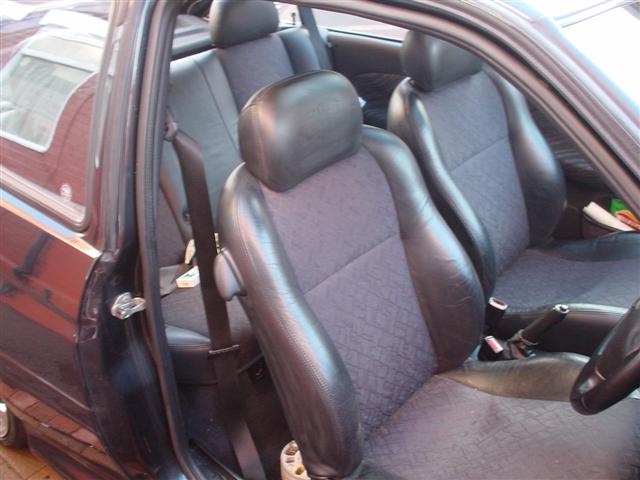 Very comfortable, but a bit disappointed with the quality (bloody Ford…)
Big improvement over standard seats.
Door cards to be re-trimmed in leatherette. 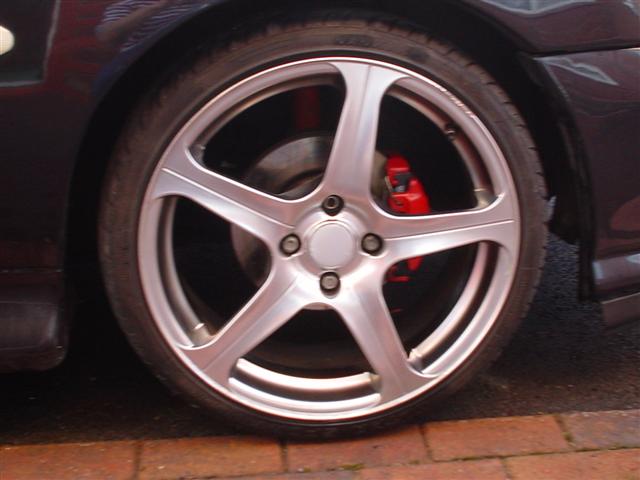 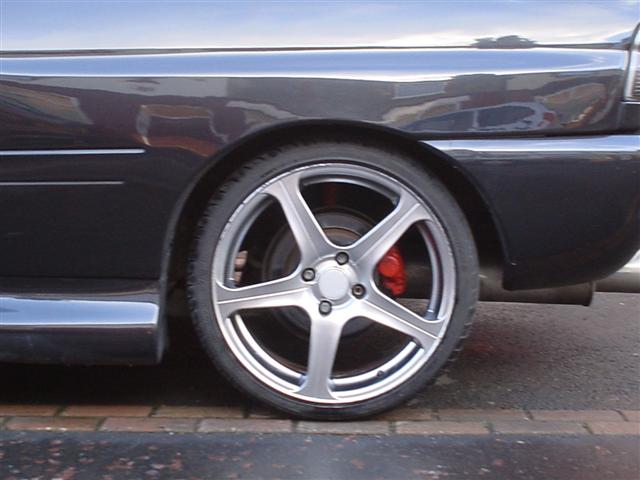 I was going to go for the Mondeo V6 brakes, but due to house buying and the fact that I want the ST170 setup so much… I decided to go for the RS2000 front setup for now, until I have more funds to afford the ST170, skipping 278mm altogether.

The RS2000 rear brake setup, on the other hand, is a necessity. I reckon it does bugger all for braking, but magically it improved the handling… a lot! 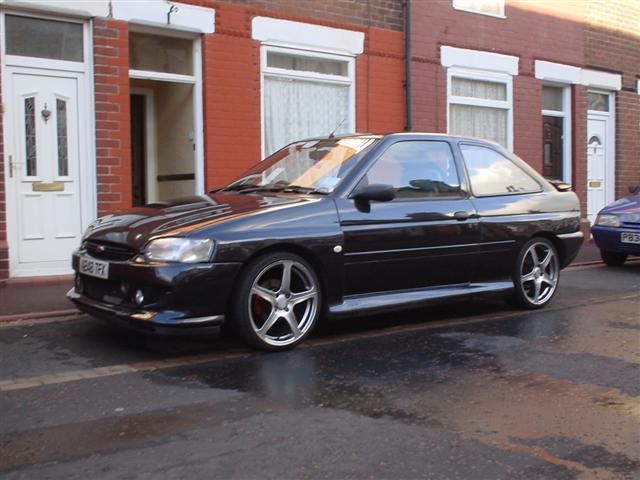 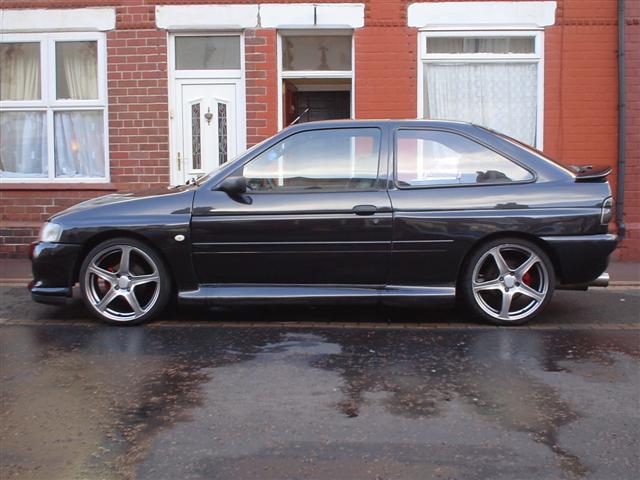 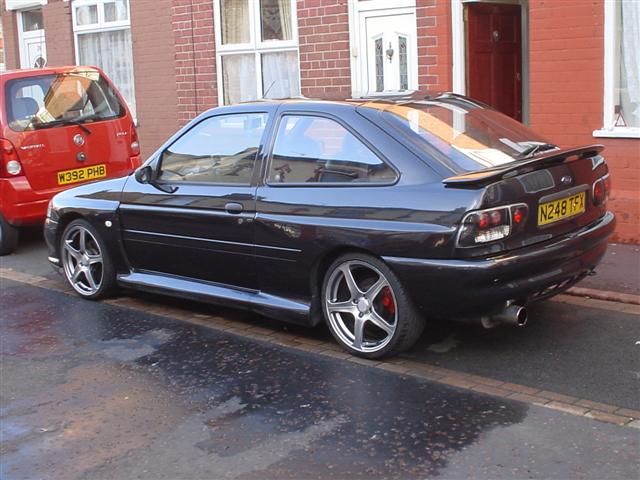 Mods to be done:
– 2.0 engine (will probably be done by an FEOC member)
– New WIDE wheels with proper offset (the spacers affect handling TOO much!)
– Tints (light)
– Prowler front bumper (got a deal with someone but still pending)
– WRC spoiler (sitting in the garage… not sure as of yet)
– One touch down windows
– Door card centres retrim in leatherette
– Electric mirrors
– Bonnet lifters